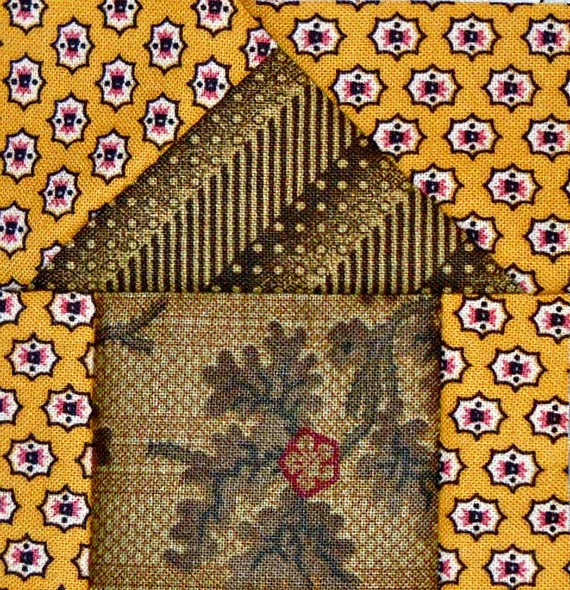 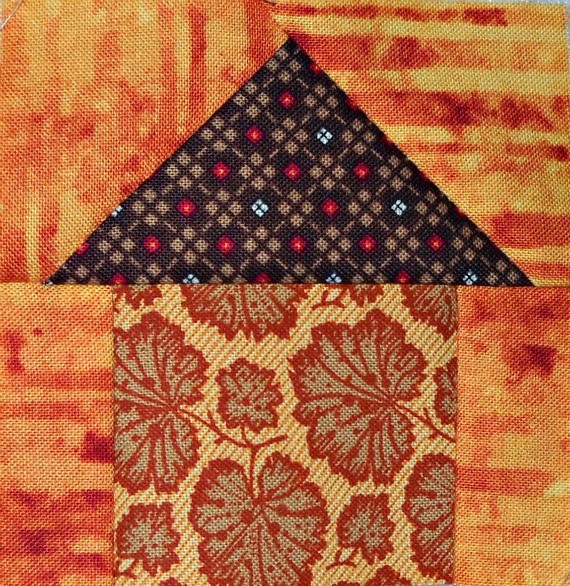 I've moved my Singer 301 into the living room. It's wonderful to be able to stitch a bit while watching television.  This house looks like it's about to go up in flames. 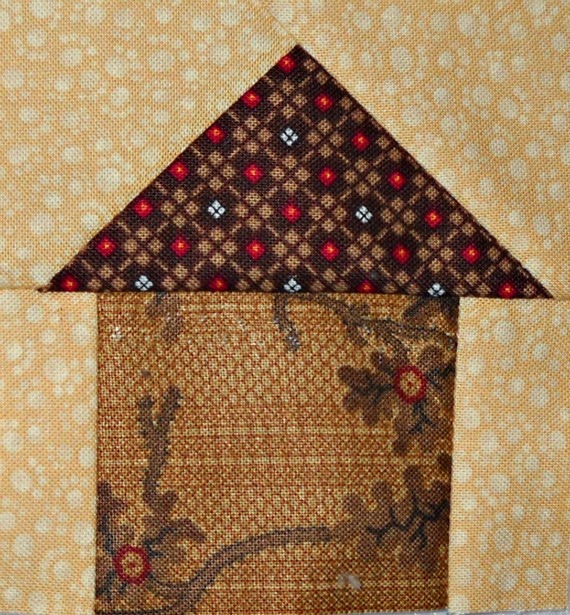 I'm a little embarrassed to admit it, but I've been watching The Bachelor.  I saw one of the early episodes this season and became hooked!  My oldest son has been watching it with me.  I just knew Whitney was going to be the winner, but I had to watch anyway. 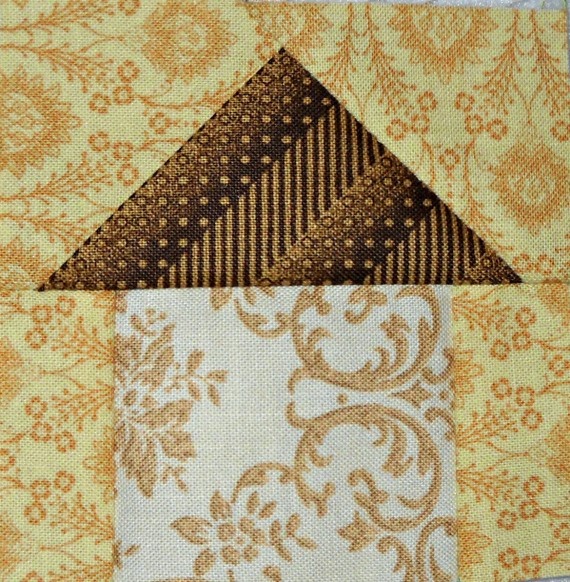 At least I did get a little sewing in while it was on.  This one could possibly be a farm house.  What do you think? 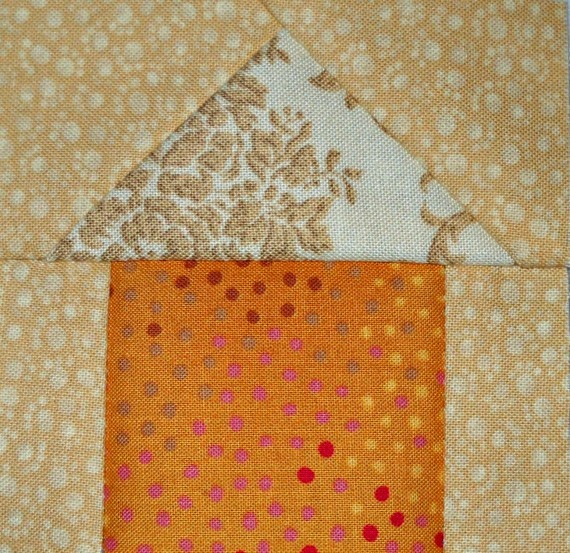 And the fifth new home in the neighborhood.  This one has a fun personality, with all the dots.  It looks like they are having a party with lots of confetti, or blinking colored lights, or maybe floating flower petals.  What a delightful fabric. 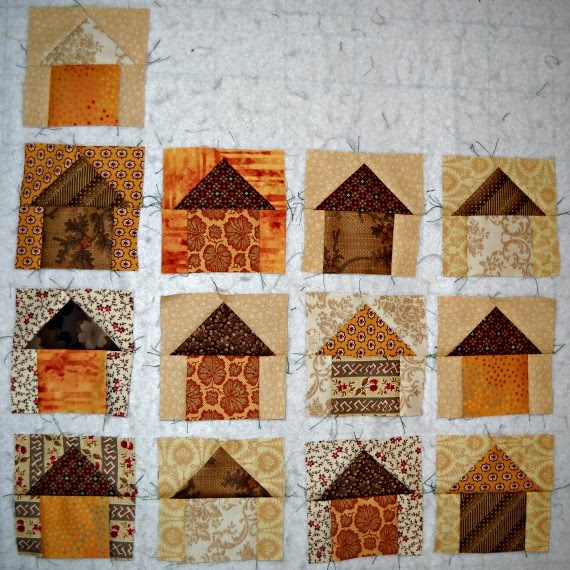 Here's an aerial shot of the neighborhood, taken from my helicopter - (HaHa).  It looks like there are at least three more empty lots.

Again, if you want to join me in making these cute little houses, here's a link to the free Quiltmaker pattern:  Home Sweet Home Bitty Block.

Jennifer Schifano Thomas
Posted by Jennifer Thomas at 8:05 AM 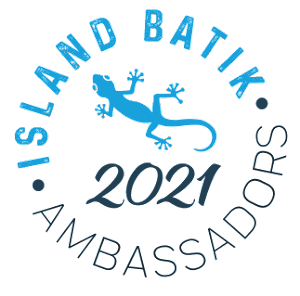 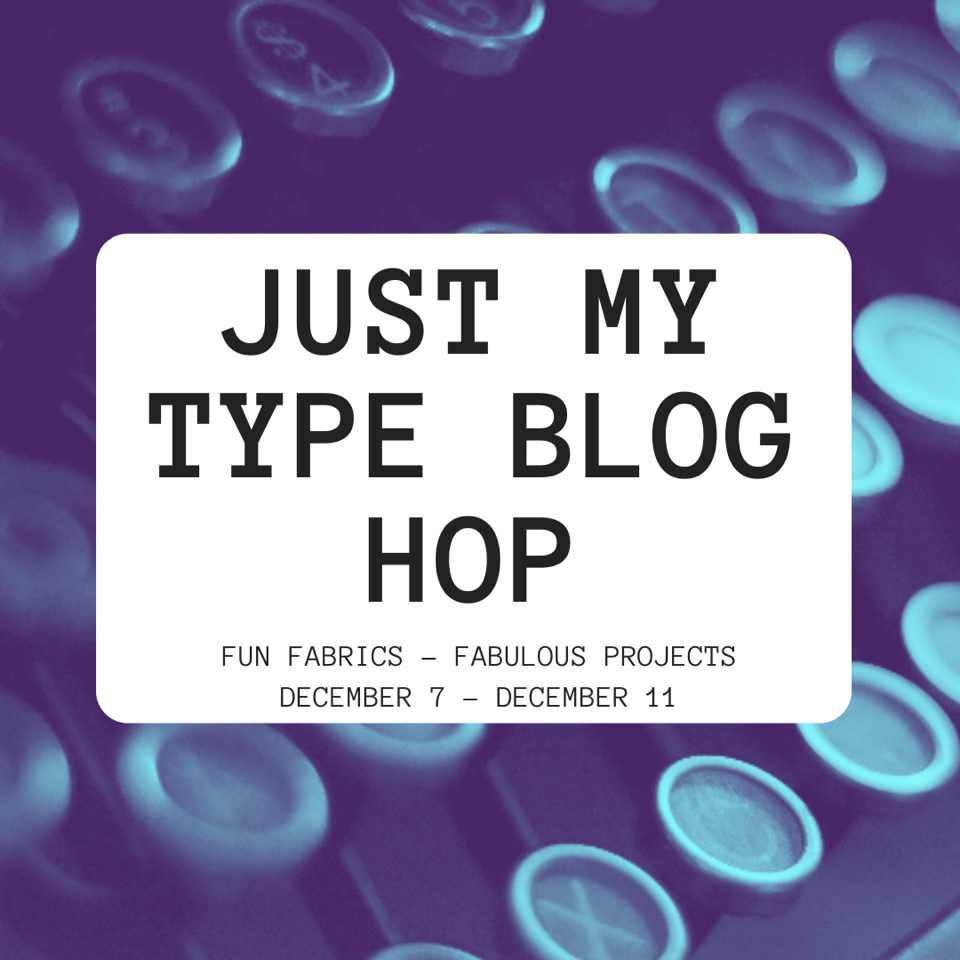 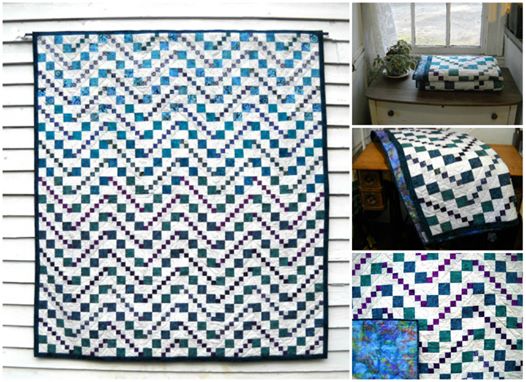