A few months ago, I was at my quilt group, The Quarter Seamers.  We meet at Miss Lou's Quilting Studio a couple of times a month.  This particular evening we were introduced to the Improved Nine Patch, also called the Glorified Nine Patch.  It was love at first sight.  I was lying awake at night thinking about this quilt. I just had to make one.  Or two.  Or....we'll see how far it goes! 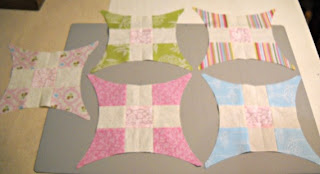 I sewed up my nine patches with these pretty fabrics I received as a Christmas gift from Wendy, one of the Quarter Seamers.  Not my usual color scheme, but I really, really, like it!  And, Isn't it romantic?  After sewing the Nine Patches, I used Marti Michell's Double Wedding Ring Template Set to cut the curves into the sides of the blocks. 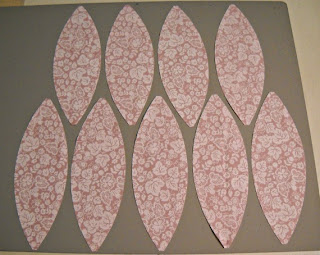 Then, I cut my melons.  I used the same fabric for the melons as I used for the center squares in all my blocks.  So romantic!

After all that cutting, you mark each melon on the center edges and each end, using the holes in the templates. 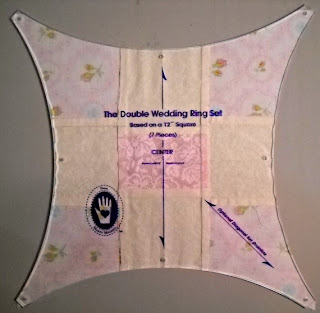 Same goes for the nine-patch blocks.  This photo shows the back of my block with the template on top, for marking.  These templates are amazing! 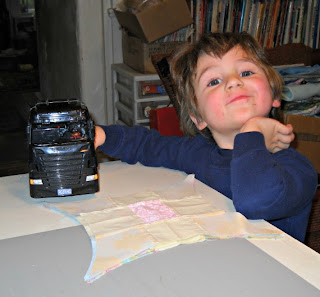 At this point my quilt was assaulted by a three year old with cabin fever and a big rig truck.  We had ice falling from the sky all day - no outside playtime! 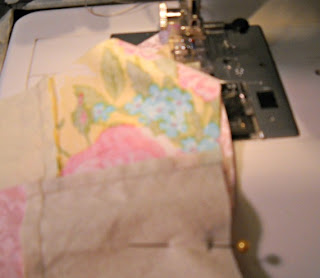 To sew the curved seams, the concave piece (the nine-patch) goes on top.  In the past, I've done this by heavily pinning all along the edge and then slowly sewing while taking the pins out.  Marti Michell suggests only pinning at the three marked points.  I tried it out.  I sewed very slowly, checking and adjusting my fabric every inch or so. 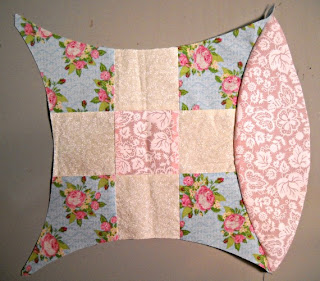 It worked pretty well.  Here's my result, before pressing. 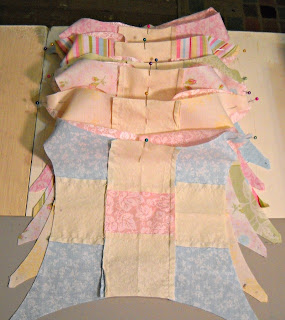 A stack of romantic 9 patches, all pinned and ready to stitch! 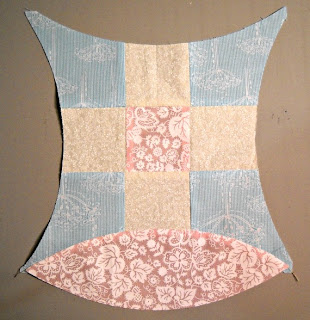 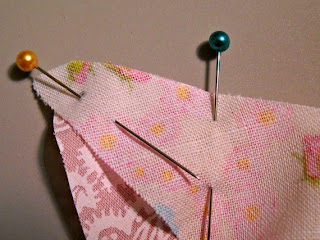 After sewing a couple of the melons, on, I determined that yes, it can be done with only three pins, but for me it worked better with four.  I added another pin, about one inch away from the first one.  This makes it easier to keep the two patches lined up when you remove the first pin and start sewing. 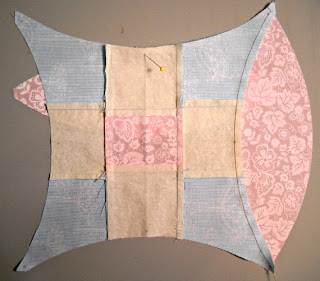 When you insert the first pin, be sure the melon is lined up straight on the back side.  You can also achieve this by finger pressing each piece in half and lining up the creases.

Here's the first block with two melons sewn on. 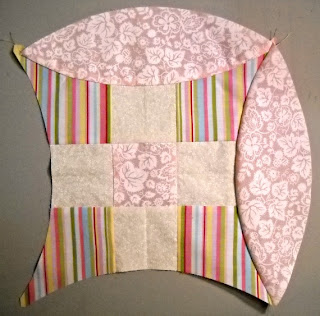 Posted by Jennifer Thomas at 11:55 AM 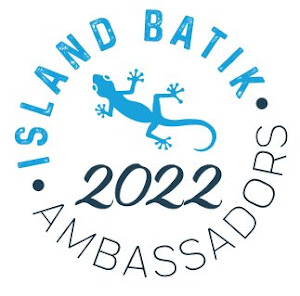 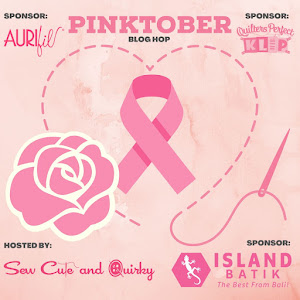 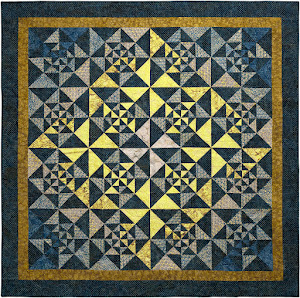 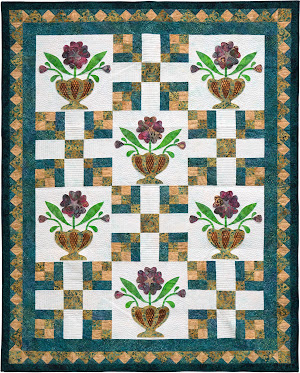